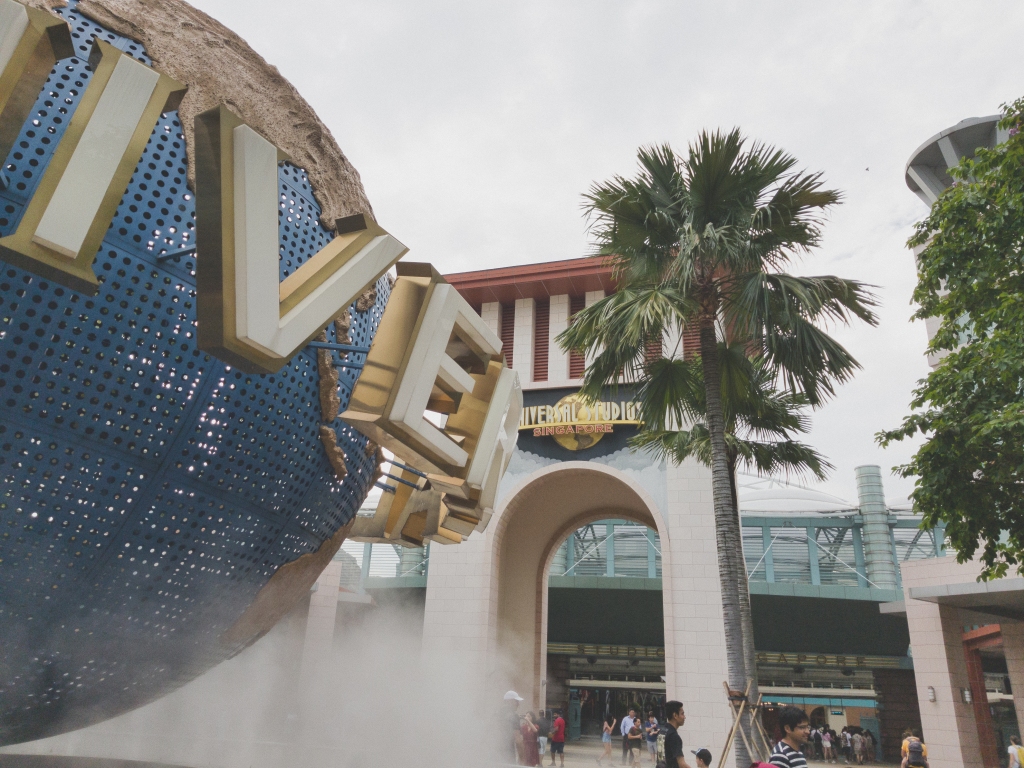 I love acting like a big kid and visiting theme parks, the excitement of the rides and everyone just being in a great mood. Although, I have always been a little too timid to go alone.

While in Singapore I was a bit over sight-seeing, didn’t want to shop, but still wanted to get out from the hotel and do something, so I thought why not and headed to Universal Studios. Honestly, going to a theme park by yourself is really fun!

Located on Sentosa Island, getting to the park is an adventure in itself. Once on the island, there is an array of attractions and activities, however, I just visited Universal Studios. Armed with my ticket, bought from my hotel, and waiting for the gates to open at 10 am, I was full of excitement.

The park is divided into seven zones, all located around a central lake, which means you can essentially do a loop and visit all attractions. This doesn’t necessarily work, as some attractions open later than others so I ended up doing the loop a couple of times.  And going by yourself, you choose what to do, whether that’s the more childish rides and shows, or the extreme roller coasters.

A replica of Hollywood Boulevard which also creates the main entrance to the park, it’s also the main location for souvenir and gift shops. Gift shops are located in each of the zones, which sell more zone specific merchandise.

This area is really aimed at those much younger, although I did get on the Crate Adventure, which was a bit of light hearted fun at the end of the day. This area does open later in the day, so you may find yourself coming back here.

Who doesn’t love Shrek, the movies although aimed at children do adopt some older concepts to keep adults interested, and Far Far Away Land is no different. Aimed at kids, but equally enjoyable by adults.

For anyone with a love of dinosaurs, or who grew up on Jurassic Park, this area starts to bring the excitement to the park. Later in the day the Waterworld stunt show is a great place to rest those weary feet, and grab some shade.

This is really aimed at the bigger kids, with the first of the really big ticket attractions in the Mummy’s Revenge, the wait time for this ride could be long, but can be easily missed early in the day, and the plus side is the line is indoors so you aren’t waiting in the sun.

This is where the big ticket attractions really live and expect long wait times, no matter the time of day you visit. Two roller-coasters interwine in the Battlestar Galactica, while the Transformers ride immerses you into the action.

The last of the zones, and the place where most of the live shows take place.