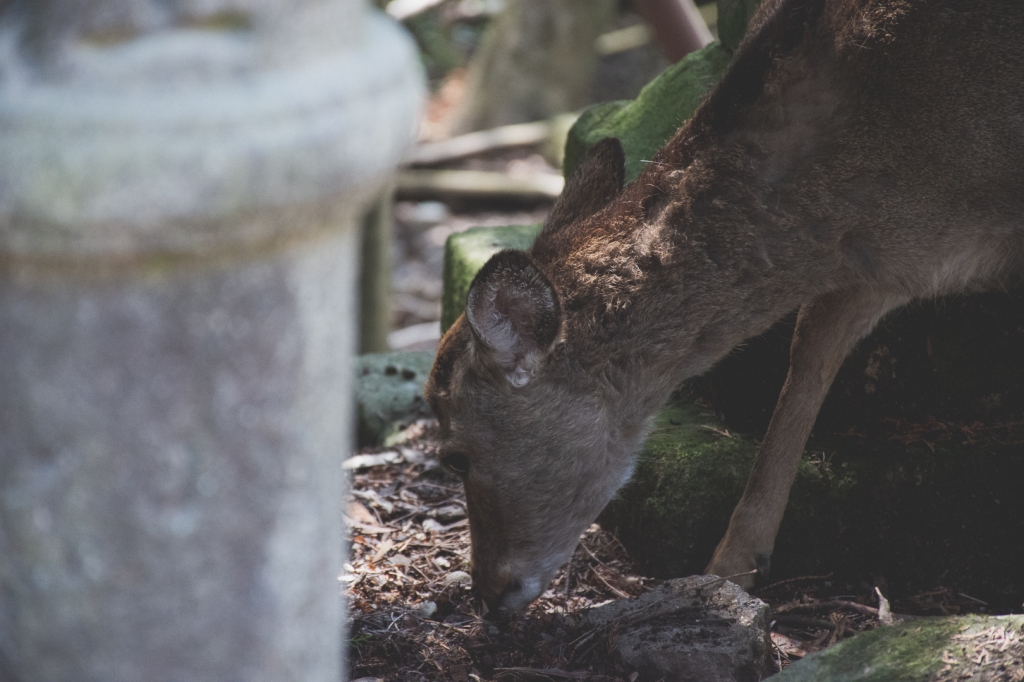 Nara, is a day trip from Kyoto, depending on what you want to see, and the crowds, you could be back in Kyoto for lunch. It was the first permanent capital of Japan, now it’s renowned for it’s deer and giant Buddha. There are numerous hirstorical temples and shrines throughout the city, with most easy to get to thanks to a circular bus route (or if you have the legs and time walking is doable).

One of the most popular shrines in Nara, Kasuga Taisha was established at the same time as the historic capital. Other than its red pillions, the shrine is also known for it’s numerous lanterns, both bronze hanging lanterns and the stone lanterns that light the pathways.

Nara Park encompasses most of Nara’s attractions, including Kasuga Taisha and Todaiji Temple, but for the purpose of this blog, I’ve narrowed it to the walk essentially between the two locations. Do take some time to relax in the park or at least walk away from the main path, it is a really beautiful location.

Or translated meaning “Great Eastern Temple” is one of the most famous and significant temples not only in Nara but Japan. The main hall is home to a 15 m tall, seated bronze Buddha, and is one of the largest in Japan. The main hall is really popular so beware of the crowds, although don’t necessarily follow. I found the longest line to enter was pass the offerings, it seemed like most tourists were lining up here simply because there was a line, just to the left you can bypass the offerings and go straight into the main hall.

The crowds did really get to me here, and I decided to wander the city lane ways in lieu of visiting more historic sites. It’s a choice I often made while travcelling through Japan, crowds versus solitude. It did mean that I did not always see all that I had planned to, but that just means a trip back later, right?

A word of warning, do not hold anything of paper in your hands otherwise the “friendly” deer will try to take it from you. This includes paper bags with purchases, I did see a deer make off with someone’s shopping, lets just say the bag was destroyed.