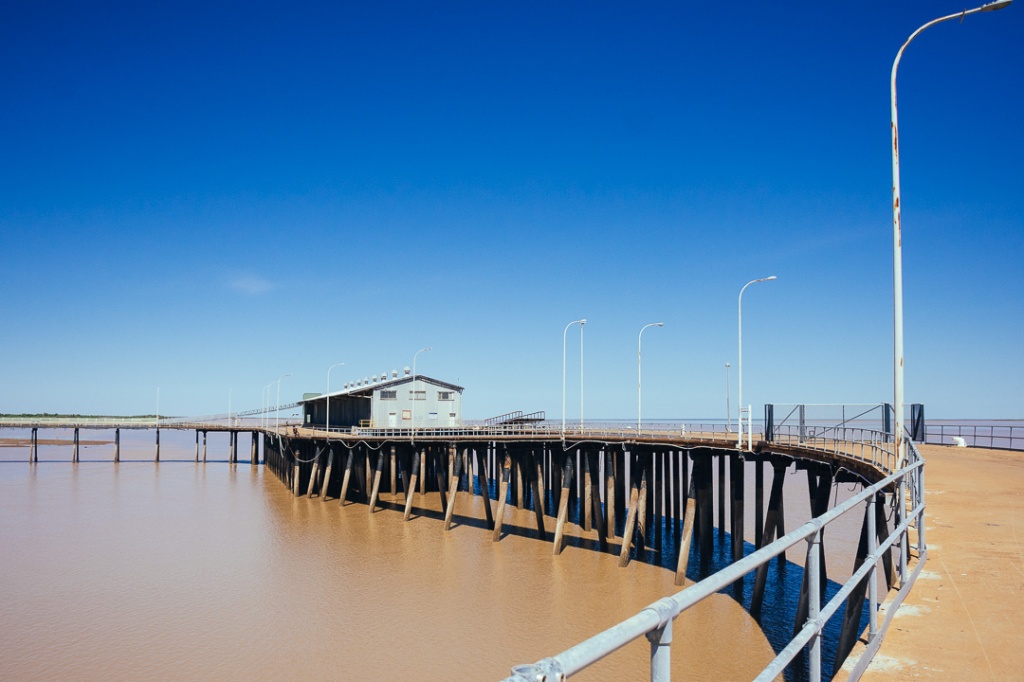 The first stop in Derby, as per many towns on this trip, was the information centre. Our plan for this trip was to drive the Gibb River Road, but thanks to a late and wet wet-season we needed to see what, if any, roads were open, and unfortunately most of the Gibb River Road highlights were closed and would be until May. But luckily, its not what you know but who in Derby and an oopurtunity has arisen to cruise through the archipelago, more on that later.

In the meantime it’s time to see what’s what in Derby.

This is a must visit, on multiple occasions, in Derby. Get to know the tides and visit on high and low tides, and no matter the time of visit there’s normally someone with a line in.

A historical sight, located next to the new Police station, are the two original cells of the old gaol, first built in 1880’s and used until the 1960’s. Information panels gives an insight not only about the old gaol but also the police and aboriginal trackers.

From one brutal historical location to another, the Boab Prison Tree in Derby is one of a few that were used across the Kimberley. Again the information panels tells not only of the brutal past of the tree.

A short walk from the tree is Myalls Bore, a still operating windmill that supplies a cattle trough, a look to the right and you can see the cattleyards.

Just a little further down the road is a pool built by defence personal during World War II to cool down. The pool was supplied with water via an artesian bore, which is no longer flowing.

We were staying with family while in Derby, which meant we could explore Derby as locals by getting onto the mud flats and exploring.

Less than 10 km out of town is the Mowanjum Art and Culture Centre, just on the outskirts of the Mowanjum Community. Within the centre is a collection of artwork featuring the Widjina, ask the staff to watch the informational DVD where they explain the importance of the Widjana, and a museum about how the community came to be after several moves. It’s easy to spend an hour looking around the centre and talking to the gorgeous staff, being the only visitors at the time maybe meant a bit more extra attention.