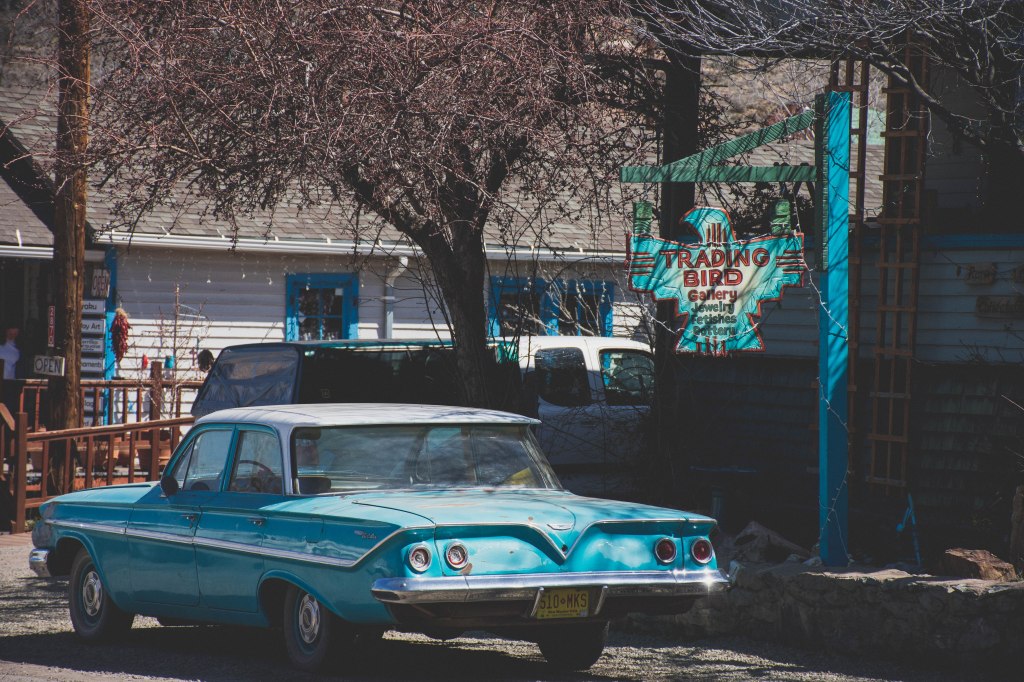 From Santa Fe you can choose a number of routes, we decided to take the scenic Turquoise Highway, NM 14. This may have been influenced by the fact that Young Guns (one of my favourite movies growing up) was filmed in a small town just off the highway.

The drive, without stopping, is estimated to take about 1.5 hours, but we allowed most of the day. This meant stopping at quirky museums, seeing the Young Guns “set” and even a late morning cocktail. Keep in mind that some local businesses don’t open on a Monday (which we found out on the day).

This is a small town, still inhabited, that was the setting for the filming of Young Guns in 1988. Once you check out the main street, head on over to the Trading Post & Museum at the end of town; it has an array of everything from rocks and minerals, to film memorabilia, to mining artefacts.

This is a colourful, and foot friendly locale, with lots of small shops to browse and The Mineshaft Tavern. This tavern has also been used as a location for filming; for those who watch Longmire (love it), the inside is used as the interior of the Red Pony.

You can access Sandia Peak by car from the Turquoise Highway, the mountains make for great vistas while driving, however we drove to the other side of the range to catch the tramway to the peak.